Vegan feminism rests upon the philosophical viewpoint that the animal industry is built on the exploitation of the “female reproductive system.”

This erases the identities of transgender people and it is oppressive.

The work of vegan feminists from Carol J. Adams to many countless others, relies upon the trans-exclusionary ideas of “female reproduction” and “female bodies.” Their analysis heavily borrows theory from radical feminism, a current of second-wave 1970s feminism which was particularly exclusionary of trans women. Ironically it sounds like FOX News when it comes to transgender people.

Every time we use phrases like “female reproduction” and “female bodies” in reference to womanhood we are excluding trans women from womanhood. And we are undermining an intersectional understanding of femaleness. Just as patriarchy teaches us, we too often see women as little more than vaginas and mothers. 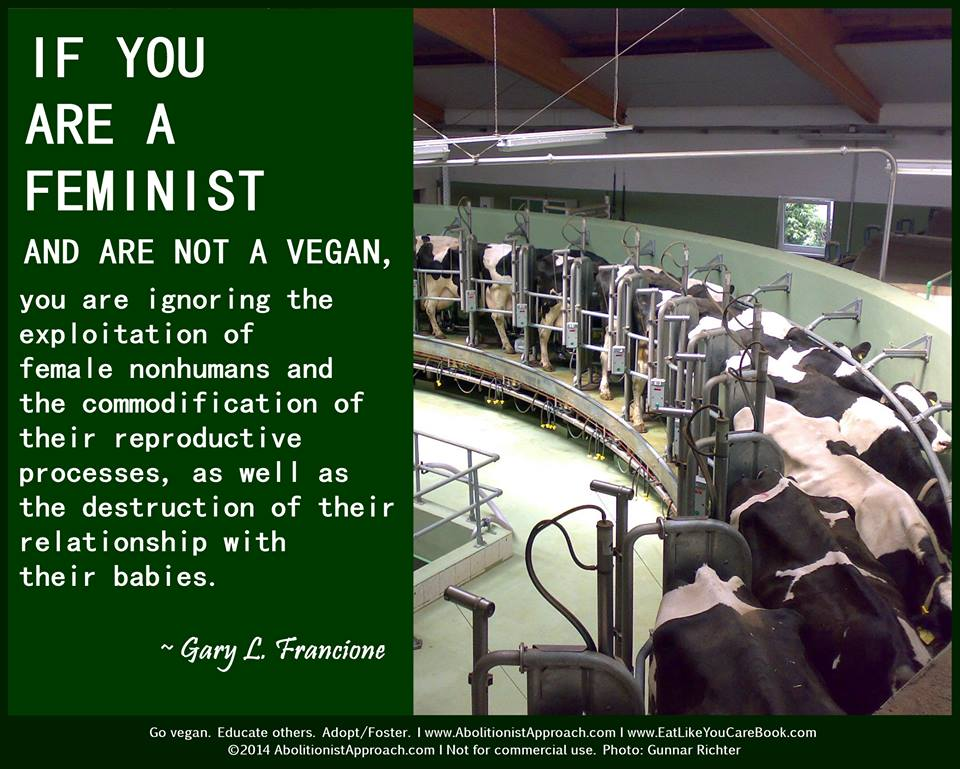 Why is a trans inclusive approach to vegan feminism important? Because it helps us build a movement for animals where all people feel safe. Because it fights against the traditional definitions of gender used to divide and conquer people.

“But wait, isn’t gender just biology?” No. Gender is something we are typically assigned at birth based which we don’t always end up identifying with.

Science has historically been used by Western cultures to maintain hierarchies that uphold traditional power structures (so-called racial realism, the genocide of the Native Americans, medical sexism, ableism and homophobia in psychology, are just a few examples). This is why trans women are seen as a threat to European-colonial society and its patriarchal definitions of gender & biological sex.

Numerous studies by LGBTQ+ organizations continually show that trans women are punished for threatening these traditional social definitions; often in the form of abuse, ridicule, sexual violence, police harassment, poverty, objectification, and some of the highest murder rates of any oppressed group. Their oppression is so deep seating it does not concern most people. 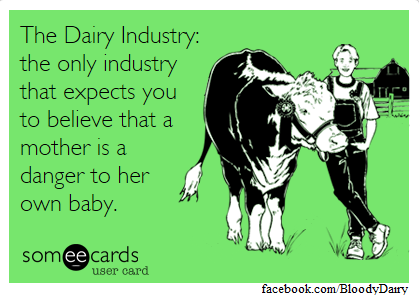 So what does all this have to do with animals? It seems by using an analysis that accepts conservative conceptualizations of the “female reproductive system” we at once reinforce traditional human ideas of gender and sex as “natural” divisions – and we also bring nonhuman animals into the gender divide!

Why must we say a cow with a vagina is a “woman” or “female”? No she is just a person with a vagina. Why must we say the childbearing parent is a “mother”? No she is a parent. She is not part of the socially-constructed, human nuclear family system. “Mother”, in reference to humans is a “gender” word describing a social position – we can have mothers who weren’t assigned female at birth, who don’t have a vagina or uterus, etc. But when used in reference to animals, “mother” is a word describing a biological category.

In other words, we are conflating the social attribute of a human’s gender with the biological attribute of an animal’s sex. As animal rights activists, we anthropomorphize animals in order to empathize with their oppression, but this becomes problematic when we attribute our social constructs to their biology: like when we draw parallels between the oppression of female animals and the oppression of human women. Animals are oppressed first and foremost because they are animals, because they are of a different species, which demotes them to pure objects or machines. Humans exploit animals not because of their sex but because of what their bodies “produce”. The oppression of human women on the other hand is based on women’s social status, which does include systemic violence against female biology, but isn’t based on biology.

Why cannot we just talk about beings of all species by their parts without gendering them? Think of how we imagine cats as female and dogs as male, for example. Why?! Let’s leave nonhuman animals out of our exclusionary (and human-conceived, human-experienced) definitions of gender! 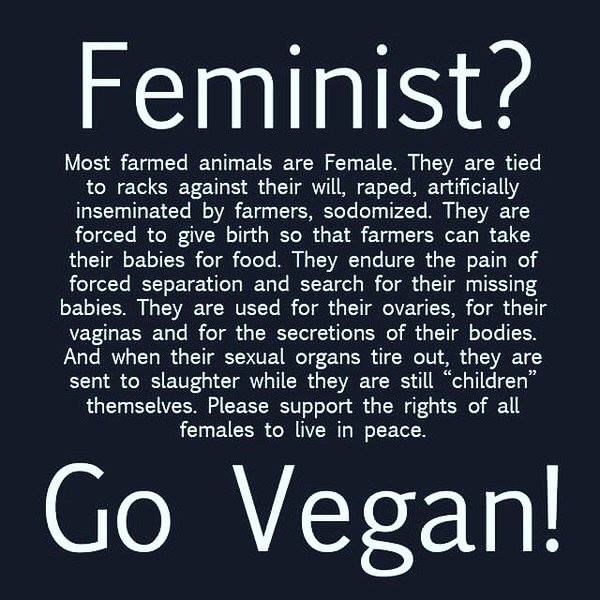