Emptying the Cages: For the Abolition of Prisons and Animal Agriculture

Why are the cages here?

Animal Agriculture evolved from hunting- wanting to keep non-human beings close so that they could be murdered for fur, flesh, and bones at the convenience of human beings. Modern day animal agriculture operates in secret, confining animals in cages where they are unable to move from the day that they’re born, to the day that they die, all in the name of increased efficiency.

The prison system, or the penitentiary system came from a desire to rehabilitate criminals, offering them time to reflect on the crimes that they committed. Our modern day penitentiary system has its roots in slavery, as evidenced by laws that outlawed unemployment and homelessness known as “vagrancy laws” that were implemented shortly after slavery ended in the south, incarcerating unemployed black people and returning them to the same plantations from which they had recently been “freed.”

Both at one time were arguably necessary in some cases. Today, given the proliferation of information about the effects of prison, as well as functioning alternative paradigms, the only explicable reason for today’s cages is the perpetuation of exploitation and oppression. To be clear, this is not a necessary condition for anyone’s existence.

Who occupies the cages?

Discrimination plays an essential role in justifying unnecessary cruelty. Prejudiced towards those already suffering means that people of color and the economically oppressed (often called “poor”) are far more likely to go to prison than whites and those who are well-off economically¹ ².Intelligent, kind, animals such as pigs, cows, sheep, and chickens are kept in cages, as well as fish, which are kept in fish farms. 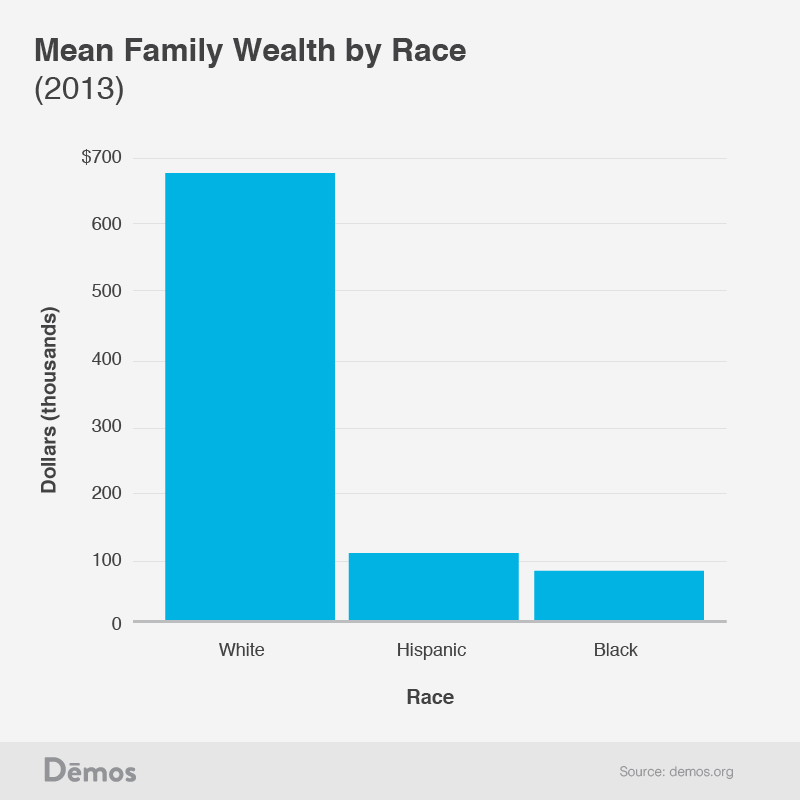 Who benefits from cages?

Both the Animal Agriculture and Prison Industry lobby and fund the campaigns of politicians in order to create laws that benefit them³ ⁴. . The United States, in turn, protects the industries through laws, giving the Animal Agriculture and Prison Industries even greater capital, and thus, political power, while maintaining the illusion that these laws, enacted by politicians who were elected because our media, owned by powerful enterprise, decided to give them coverage, are the will of you and me, and that this was our choice.⁵

Companies such as Verizon, Whole Foods, Fidelity Insurance, and American Airlines get near-free labor from prison laborers (who receive on average about 93 cents per hour).⁶

What is it like to be inside a cage?

Fois Gras (ducks)- “Two to three times a day, a worker grabs each bird, shoves a long, thick metal tube all the way down his throat, and an air pump shoots up to two pounds of corn mush into his esophagus. The industry always refers to the dry weight of the feed, which is about one pound per feeding. Adding oil and water doubles this weight, making it 20–30% of the bird’s healthy body weight. Picture 30 one pound boxes of dry pasta and then add water. This is proportionally how much a 150 pound human would be force fed using this formula.” (Quote from stopforcefeeding.com)

In response to hunger strikes- Prisoners hunger strike for a variety of reasons: for better living conditions, to be able to eat a plant-based diet, or to raise awareness about various social causes- exerting the little political influence they have available while incarcerated by refusing to eat. In Guantanamo bay, prisoners are strapped to a chair with head restraints, have a tube forced down their throats, and given an anti-nausea drug called Reglan that can cause a disease called tardive dyskinesea that can cause twitching and uncontrollable movements for months after the drug’s administration.⁷

Human beings are kept in 6×9 foot cells for 22–24 hours a day. Reasons for this can be (but are in no ways limited to: punishment for profanity, ignoring orders, testing positive for drugs, mental health problems, being gay or transgender, being Muslim, having reported rape from prisoners or prison officials, or having subversive political beliefs.⁸ Dr. Craig Haney, professor of psychology at UC Santa Cruz testified about solitary confinement in California: “In short, prisoners in these units complain of chronic and overwhelming feelings of sadness, hopelessness, and depression. Rates of suicide in the California lockup units are by far the highest in any prison housing units anywhere in the country.”⁹

Human beings are today generally killed by administering a variety of drugs intravenously. Despite the rhetoric of lethal injection being painless, it is anything but. Prisoners have been seen gasping for air, grimacing, and convulsing during lethal injection.¹¹

Pigs are stunned, placed on a conveyor belt, after which their throats are cut, and then are submerged into boiling water. Despite being stunned beforehand, pigs often enter the scalding tank fully conscious.¹² Male chicks born on egg farms are either thrown into garbage cans/bags or ground alive en masse without anaesthesia.¹³

Cows are forcibly inseminated via the use of a large syringe so that they are in a constant state of pregnancy, and thus can produce milk. Due to selective breeding and their constant pregnancy, some dairy cows will produce up to 100 gallons of milk a day, causing painful inflammatory disorders like mastitis.¹⁴

Through strip-searches, prisoners are exposed to sexual assault that is sanctioned by the prison system. Prisoners are made to, every day of their term, sit on the edge of a table, their legs are held open, whilst a nurse inserts their finger into the prisoner’s anus and/or vagina. Prisoners who refuse the search are sent into solitary confinement.¹⁵

Who keeps the cages shut?

Who would come after you if you opened the cages? Would it be the owners of the cages? No- it would be the police. Although we are taught that police are here to serve our community, that has been proven untrue time and time again. Whenever justice is sought, police block the path. Police in the United States came out of slave patrols for the wealthy elite¹⁶, and continue to serve the same wealthy interests as they did 200 years ago, except through laws bought by that same wealthy elite.

Why do we still like the idea of captivity?

The mainstream media, owned by oligarchs such as Rupert Murdoch skews our view of reality. Dairy cows are represented as happy cows grazing on endless open pasture, rather than cows locked inside a cage

Prisoners are represented as only the most wretched members of society, far too dangerous to interact with you and me and certainly not deserving of respect. When there is a deviation from these narratives, it is presented in the form of an expose- something that shocks us, covering only one company or one prison, leading us to believe that this gross cruelty is an exception to the rule, rather than for what it really is: the rule itself. 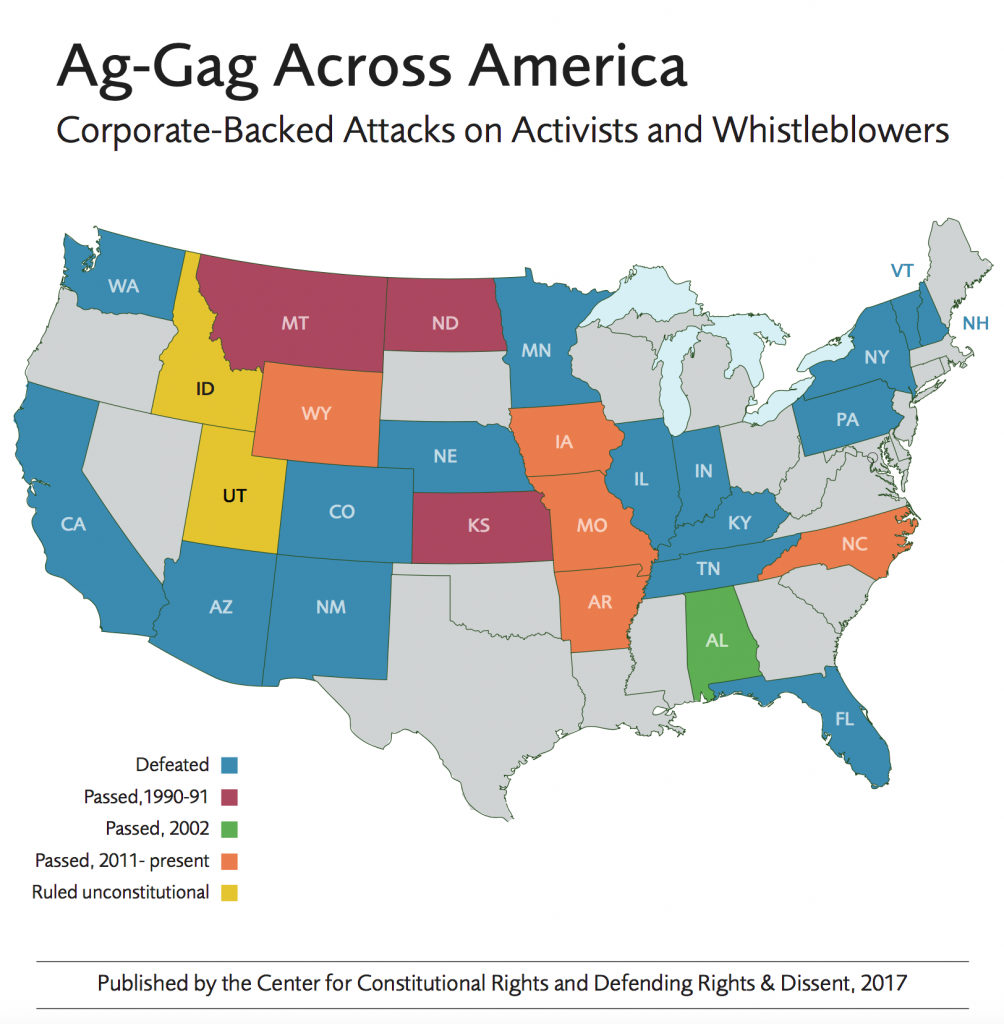 What happens when we empty the cages?

Where do the formerly incarcerated go? Our incarcerated human being members of society will be returning from trauma, and intense cruelty, and will likely have internalized the very same cruelty that they were recipients of. Currently, there is a lot of stigma for the formerly incarcerated, which makes it near-impossible for them to find employment, and ineligible for public services they need. Non-human beings are numerous, and outnumber even us. This reality makes liberation seem insurmountable, however efforts to ameliorate the pressure of caring for the deincarcerated are already being made for human beings and non-human beings.

How do we keep the cages empty?

When farmers adopt systems of food production such as permaculture that seek to coexist with and rehabilitate the environment, they create environments that can coexist with and rehabilitate farm animals as well as healing spaces for people who have endured trauma. When food justice activists seek to make food from those farms accessible to impoverished communities, they nourish families of our traumatized and incarcerated, and provide humiliated people with dignity. When families feel strong enough to take control of their places of work and their community, they become able to build relationships of interdependence.

Here’s a few ways we can meet these goals:

Whether it be “humane” animal products or “humane” prisons, both tolerate the torture and confinement of living beings as a necessary condition for society to function. When suffering is unnecessary, we should seek to eliminate it. Prisons and factory farms are unnecessary due to the proliferation of psychological and nutritional resources, and therefore should be eliminated. Reform can be helpful, but only if those concerned with the wellbeing of the caged recognize that the cage is the problem and see reform as a means to eventually end it, otherwise we will end up letting down those inside and enriching their captors by allowing them to say they’re doing enough.

Once upon a time, anti-slavery activists were portrayed as overly-idealistic extremists. That slaves suffered was out of the question, but to end slavery, simply because of how ingrained the institution was in society, was simply unfathomable for many people. This is not to say that slavery has ended- and in many ways, mass-incarceration is simply an extension of slavery- but to show that simply because you cannot imagine a future without prisons, does not mean that a future where we are all free is beyond reach.

What is in it for us?

Given what ending prisons entails, it will likely benefit you somewhere along the line. If we have to get rid of police, then there will be no more protectors of private property. All of the homeless people in New York City could now live in the empty high-rises of 42nd street. Without police, we would have to work towards understanding, reconciliation, and reparations rather than the criminalization of difference. We have to proceed to build trust with those around us, which is scary, but how often do you feel cripplingly lonely? Does anything you do right now actually make you happy?

Ending cages requires radical, sweeping social (socialist) change, and as the author, I admit that I do not have all of the answers. That being said, social change that truly serves others needs to be collaborative- it can’t come out of a manifesto written by an individual. This means that, by valuing the voices of human and non-human beings who have, for all intensive purposes, been deemed undeserving by the rest of society, you can feel a little more liberated to exercise your own voice and articulate your needs, and know that they’re important. You have a right and a duty to change the world, not just for others, but for yourself. Push out of your own miserable cage into an amorphous, undefined, liberated world.

The author of this zine recommends:

Matthew is a person from New Jersey. They graduated from Montclair State University with a B.A. in Spanish. They enjoy soccer, JRPG’s, writing, walking, hiking, and books. They want to learn more about permaculture, construction, and diplomacy. You can contact them at matthew.kelly.ynwa@gmail.com