Lack of Intersectionality: a moral inconsistency of the animal rights movement

By Raffaella Marhaba and Lili Trenkova 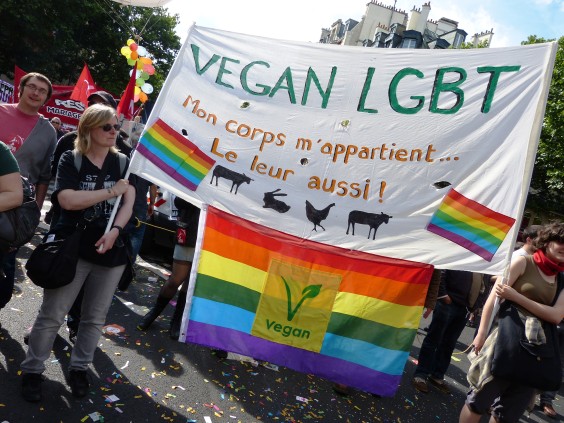 Animal rights activists are often accused of not caring about humans. We can argue that usually these accusations come from people who have just had their speciesism challenged and who feel attacked, so they’re reactionary statements. We can obviously also argue that we do indeed care about other humans. Yet this happens so often that even people who’ve never faced their speciesism have come to believe that animal rights activists simply do not see humans as important as non-humans.

How can we change this view? There are among us those who truly believe we cannot fight one system of oppression (speciesism) by supporting another system of oppression (sexism, for example). It is morally inconsistent to claim we care about the bodily autonomy of hens but to oppose the bodily autonomy of women, just as it is morally inconsistent to say we care about equality but exclude certain species who are worthy of that consideration.

According to Javed Deck, for animals rights “[…] to be a movement that actually transforms relationships between humans and animals it needs to take seriously issues of race, class, and gender, and the ways these impact animal systems. Just like the transformations feminist and queer struggles have undergone as they crossed cultural boundaries, so must animal struggle change across these boundaries.”

In the 70’s, black feminists who worked both for women’s rights and civil rights, started to look at gender and race as connected issues. The feminist movement back then wasn’t talking about race, and the civil rights movement wasn’t addressing gender. They developed a theory and practice called intersectionality, a term coined by Kimberlé Crenshaw in her insightful 1989 essay, “Demarginalizing the Intersection of Race and Sex: A Black Feminist Critique of Antidiscrimination Doctrine, Feminist Theory and Antiracist Politics”.

Applying Crenshaw’s frame of intersection to other systemic oppressions, we can no longer see discrimination based on gender, race, class, ability, sexual orientation, religion, caste, species, et al, as separate and independent from one another. Axes of identity interact on multiple levels, contributing to systemic injustice and social inequality.

“I think there’s no way for the animal rights movement to possibly succeed without the support from other social justice movements.”

Oppressive systems also share the same roots. They not only have the same strategy, the same tactics, but they also share patterns of behavior and thought. In her essay, Crenshaw uses an analogy to a traffic intersection, or crossroad, to concretize the concept:

So why should we care about others’ struggles?

The word intersectionality currently seems to be getting a lot of attention as well as confusion. Quite often there isn’t a mention of the originators of the concept, leaving it to be a white-centric circle, as explained here. Love it or hate it, the concept is challenging all of us, and we shouldn’t turn away from it.

We would like to share our view about it and how we are learning to apply it to Collectively Free. When we first started CF, our dream was to create an anti-speciesist group that embraced the intersections of oppression, both internally in our community and externally in our actions.

Within our community, we strive to create a safe space for activists to express themselves and for potential supporters to join us. We have made plenty of mistakes along the way, but we have also tried our hardest to remain humble enough to recognize our mistakes and implement prompt changes to repair them. A great example of that was when the amazing activist, Heather P. Graham, felt triggered during one of our protests after hearing an activist use the word “rape” trivially.

We reached out to her, heard her concerns and asked her to do a panel discussion about the “Importance of Language In Our Movement” followed by a Q&A. We learned a lot from Heather that day. It pushed us forward to officially retire a poster we hadn’t used in a long time, part of our early days, which had the r-word in it. The decision wasn’t because of personal purity, because we care more about what other people may think, or because we don’t believe that mother cows are truly sexually assaulted – it is because we learned that we can achieve the same result in making people understand our message without running the risk of triggering them. Lesson learned: always listen when people who have been hurt share their stories, and always listen when someone brings up issues to your attention.

In terms of delivering an effective message for our activism and building bridges, our first big effort was at NYC PRIDE 2015 (here’s a YouTube link if you don’t have Facebook). We wrote a speakout and chants that reflected the common goal of anti-speciesist, anti-heterosexist and anti-cissexist struggles – liberation from oppression and equality of consideration. Feedback on our video from that day was overwhelmingly positive, from both animal rights and LGBTQ rights activists. Another lesson learned: participate in different movements’ protests and support their causes.

It wasn’t until we launched the campaign against Starbucks that we had the opportunity to really bring that concept out in our actions. We spent several months trying to convey a strong message for the animals while highlighting Starbucks’ exploitation of coffee workers. We have never felt so listened to in any action we ever participated in as on our first day of action, and we are certain it was because we carefully brought together human rights and animal rights. 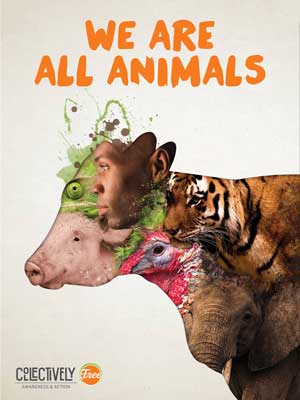 Our community is not perfect, and we’ll surely continue to make mistakes and learn from them. But if we all stay open to ideas that challenge us we’ll also make strides. Don’t worry, our community will still be hard-core, progressive, envelope-pushers – but now with a bonus! Our activism will no longer appear as a one-way street but as a lane on a highway, a highway shared with other fighters for liberation, equality and freedom.