Brooklyn’s Annual Nathan’s Competitive Hot Dog Eating Contest : Is It Time For This Tradition To End?

Every year Nathan’s holds a competitive hot dog eating contest. It’s an annual tradition that takes place in Coney Island and never fails to attract a large crowd. However, this year, two activist groups (Collectively Free and Direct Action Everywhere – NYC, Connecticut and Philadelphia) physically disrupted the event, protesting its existence. This brings up the question: in this day and age, is it time for this tradition to evolve?

Some might argue that the very nature of a competitive eating contest is incredibly insensitive.

After all, in our very own city (let alone around the world), there are people who do not have enough to eat. Whether they are houseless (aka: “homeless”) or the working poor who just don’t make enough money to support themselves, their families and still have enough money for food, the issue of poverty related hunger is an issue that doesn’t seem to be going away. Nathan’s seems to be aware of this issue, and actually donated 100,000 hot dogs to The Food Bank of New York. 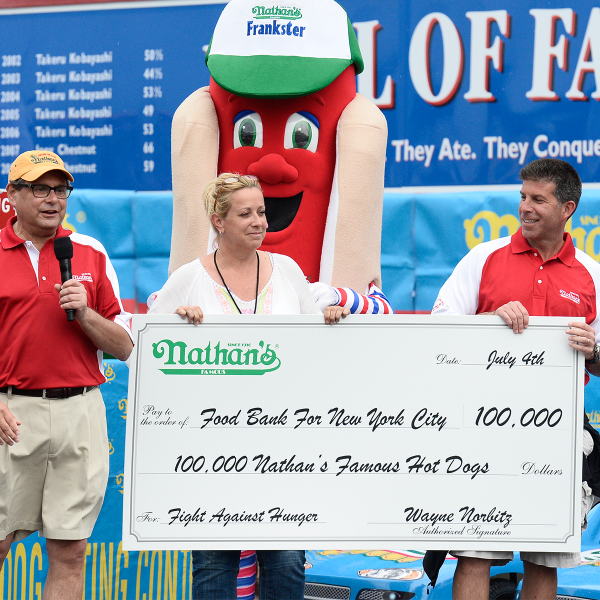 But what if I told you, even with this donation, that the very nature of Nathan’s hotdogs, is constantly contributing to the issue of hunger, as we speak? And what if I told you that it doesn’t have to be that way.

Studies have shown that the grain grown for the sole purpose of feeding the “livestock” in the animal agriculture industry, (which includes the cows that are killed to make the hot dogs in the event), could feed 800 million people! That’s a lot of people. In fact, 82% of children who are starving, live in countries where there is food, but instead of the food going to the people, it’s being fed to the animals, who are then killed for “meat” (aka: dead animals) . But the “meat” does not go to the starving people. Instead, the “meat” is then shipped off to western countries such as our own, to make such products as hot dogs. And here we are shoving “meat” based hot dogs down our throats as quickly as possible in the name of “sport”. That’s kinda crappy of us. There is good news in this. We can do better. If Nathan’s really wants to help with the issue of poverty related hunger, one way is to put a vegan hot dog on their menu, which of course would be used for the event. (Another way of course, is to completely veganize their menu.) This along with their annual donation of hot dogs, only from now on the donation would also be vegan, would feed more than that 100,000 beef hot dogs could ever accomplish (locally and globally) and the effects would be year round. 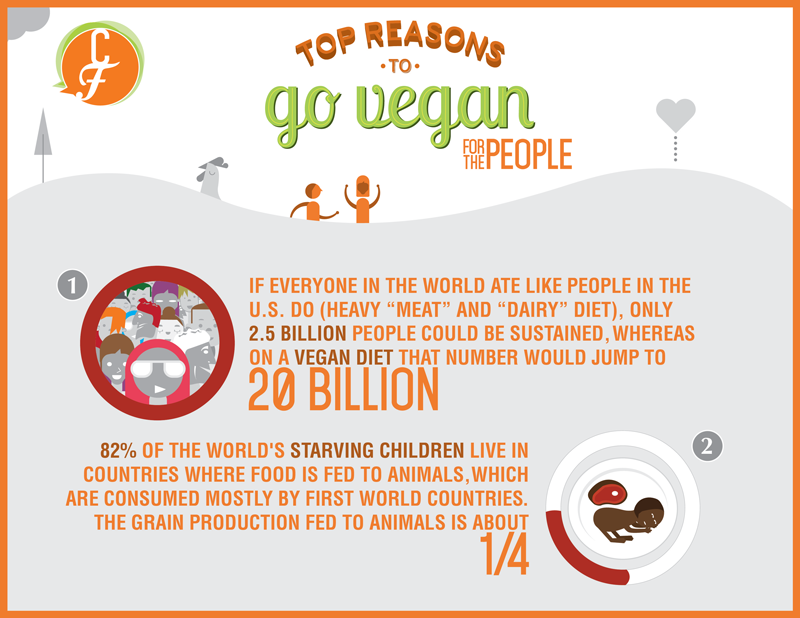 Speaking of helping those in need, anyone who lived in NYC during the time of Hurricane Sandy knows that Coney Island was one of the areas who was really hit hard by the storm. In fact, if you recall, Nathan’s was one of buildings that was nearly destroyed by the storm, and was closed for business as a result for several months.

In 2015, it’s safe to say that science has linked such storms and erratic weather to climate change. Now, as a result of multiple studies, science has also concluded that the “meat” and “dairy” industry is one of the largest reasons behind climate change. Which means Coney Island’s day of hot dog related mass gluttony (and Nathan’s very existence) is financially supporting the very industries that were one of the biggest reasons why Coney Island got their butt kicked during the storm. Sure, Bloomberg’s evacuation plan was at times classist and lacking (to say the least), but if Hurricane Sandy had never happened (or maybe was just a rain storm), we wouldn’t even have needed an evacuation plan. Thus to have an event that celebrates the traditional “meat” based hot dog, especially in Coney Island? Just doesn’t make sense.

So many fast food restaurants (such as Subway) now offer vegan options, and so Nathan’s could certainly do the same by selling vegan hot dogs (among other things). It’s not like there isn’t already a number of delicious vegan hot dogs already on the market, where Nathan’s would have to first invent the wheel, nor that there isn’t already a consumer demand. Furthermore, by coming up with a delicious vegan hot dog, the competition could still go on, (though some might argue that the whole concept of a competitive eating contest is drenched in privilege. Potato peeling contest anyone? All the potatoes go to local soup kitchens?), but we wouldn’t be screwing ourselves over in the process by further inviting hurricanes to visit NYC.

The third and final reason why the competition (and Nathan’s) needs to evolve, is that it’s time we starting thinking about the animals who are killed to make these hot dogs. I know we live in a society where when we hear that cows are being killed to make “food”, the usual response is “so what?” After all, they’re just cows, right?

But between the shift in our society that has resulted from such documentaries as Blackfish (where we realized that these killer whales have lives and needs of their own, that it’s not okay to just kidnap these animals, taking them away from their families, and forcing them to live in confined areas, so they can be our entertainment), it’s time we realize that it’s not okay to do this (and more) to the animals we view as “food’. Science has shown that cows (among other “livestock”) are just as aware, intelligent and loving as our cats and dogs. Why were we raised to believe they weren’t? Money. The animal agriculture and entertainment industry is heavily reliant on us believing that animals are just animals and they don’t know what’s going on, and so whatever we do to them, is a-okay. After all, the animals don’t know any better, when actually they do. The industry promotes consumer ignorance so they can make the maximum amount of profit off of us, while screwing up the environment and making these animals lives a living hell. Not cool.

Listen, back in the day, we didn’t know any better, but in this day and age, we do and so to keep doing the same thing that only contributes to climate change (among other environmental issues), contributes to the issue of hunger, hurts the animals and hurts us all, just does not make any sense. At the end of the day, no one is saying we can’t have an annual Coney Island  contest. Let’s just use our brains and do it so it’s sustainable, more ethical, earth-friendly and we’re being a little kinder to the animals who really don’t want to be our “food”.

P.S. Science also says that humans don’t need to consume animal products in order to get enough protein, calcium and other necessary nutrients. For more information on how you can go vegan, check out vegankit.com. And for information on how you can get involved in the Animal Liberation movement, check out Collectively Free and Direct Action Everywhere..