Veganwashing and the Lie of Vegan Unity

“Veganwashing” refers to a form of whitewashing meant to encourage positive association of a subject with veganism or animal rights. It occurs, for example, when a company introduces plant-based alternatives to their non-vegan product line to raise their image among compassionate consumers and compete for a share of the vegan market without ever actually reducing their contribution to animal suffering.

The veganwashing strategy has in recent years been employed for political purposes as well, most notably in the advancement of the Zionist project in historic Palestine, where animal rights has been co-opted by supporters of settler-colonialism in order to gloss over the brutal treatment of the indigenous Palestinian people. International support for the US-backed Israeli occupation and apartheid—necessary for preserving the artificially-imposed demographics that make Israel’s existence as a Jewish-supremacist state possible—has been waning in recent years due in large part to the success of the grassroots Boycott, Divestment, Sanctions (BDS) movement. In response, the Israeli government and pro-Zionist organizations have invested in programs meant to promote what they call “Brand Israel”—painting Israeli society in a favorable light, free of controversy, while suppressing coverage of daily human-rights violations. From promotional tours like Vegan Birthright—which offers all-expenses-paid trips encouraging Jewish youth to settle in Palestine—to animal rights activists partnering with the Israeli government to promote Meatless Mondays at the Knesset, the veganwashing strategy has contributed greatly to this effort, resulting in lots of substance-free commentary throughout all various international media, touting Israel as an enlightened, vegan utopia. (It should be noted that many Jews around the world support the Palestinian struggle for self determination and justice and are among the fiercest critics of modern Zionism.) 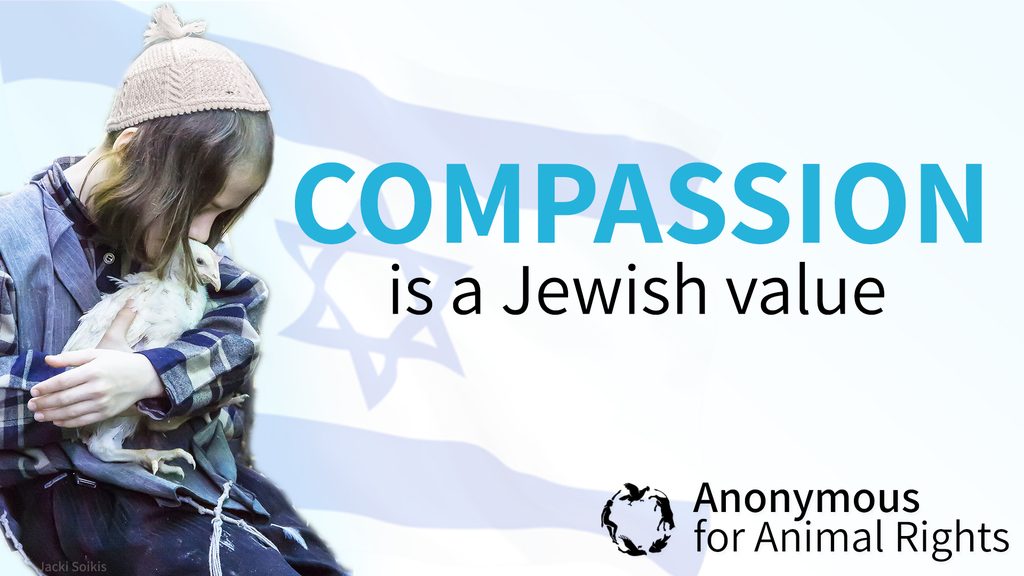 Probably the most widely-reported example of Israeli veganwashing is the 2015 initiative by Anonymous for Animal Rights (Israel’s largest animal-rights organization) to re-brand the Israeli Defense Forces, which now provides plant-based meal options and non-leather boots, making life easier for vegan soldiers tasked with robbing the indigenous of their land and livelihoods. But there has been no effort by Israeli vegan groups to advocate on behalf of the IDF’s Palestinian victims and no effort to build solidarity with the animal rights community in occupied Palestine, despite the fact that animal suffering at the hands of Palestinians in the occupied territories (as with all neighboring Arab nations) pales in comparison to Israel, where consumption of animals is on the rise. Israel now ranks first in the world in per capita consumption of animals (chickens) and fourth in per capita consumption of animal products. So, although the group supports the (anti-intersectional) “Non-Humans First Declaration“, which pledges subordination of humans to the advancement of animal liberation, it’s clear Anonymous for Animal Rights is putting at least some humans first.

In 2016, the international campaign took off with the start of Anonymous for the Voiceless, an extension of the work of admitted Zionist and disgraced animal liberationist, Gary Yourofsky. At their “Cube of Truth” demonstrations, Anonymous volunteers in more than 60 countries urge passersby to sign up with Anonymous for Animal Rights’ Challenge22+ project for a 22-day vegan challenge, receiving daily emails from Tel Aviv with tips for transitioning to a more compassionate way of life. The propaganda is sophisticated and subtle. No Israeli flags or anti-Palestinian messages—nothing about Palestine, at all. Nothing but images of colorful vegan food, happy faces and just enough Israeli tagging to let you know which people to thank for the service—enough to form an association between the State of Israel and your new vegan lifestyle. (Incidentally, the name “Challenge22” comes from a myth that it takes 21 days to break a bad habit—typically, it takes about 3 times that long.) 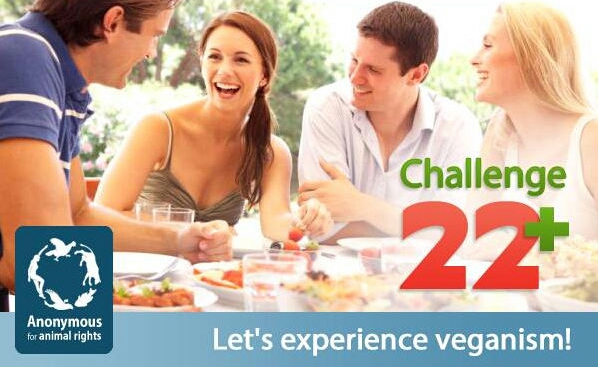 While Anonymous for the Voiceless claims to have convinced over 125,000 people to consider going vegan, research tells us that—of those who actually end up making the switch—only around 30% will stick with it long term. Of course, helping even one person take steps to reduce harm is commendable, but it should be weighed against the damage of indoctrinating at least as many—including thousands of animal liberationists—into believing that colonial imperialism is somehow beneficial to animal rights or that human rights are somehow inconsequential. These destructive ideas are reinforced by leaders seeking to crack down on pro-intersectional vegans, referred to by AV director, Paul Bashir, as “toxic people” and “a cancer” to the movement. Anyone who dares to criticize other vegan activists from a Left/progressive point of view is to be “publicly and emphatically condemn(ed)” by the vegan community, according to Bashir.

So, when a prominent vegan, like youtuber Jean-Philippe Cyr—a white Quebecer who markets himself as “The Buddhist Chef”—gives cover to human-rights abusers, as he did in accepting an invitation from Zionist tourism nonprofit, Vibe Israel (along with several other influential vegans), activists are expected to give him a pass, or at least make their objections in private. But even public objections are easy to ignore, just like Cyr ignored the numerous pleas from fans to be mindful of the plight of Palestinians, deciding instead to capitalize on their oppression. He also declined an invitation from the Palestinian Animal League, adding further insult.

“Insisting on unity at the cost of critical thinking—poses a real threat to any social justice group.”

I don’t doubt that virtually all animal rights activists have the best intentions at heart, and I agree that bickering can sometimes be pointless and counterproductive (like complaining that your racist and sexist comments and tactics are receiving criticism). But discouraging challenges to the organizational status quo from ordinary members—insisting on unity at the cost of critical thinking—poses a real threat to any social justice group, making it vulnerable to exploitation by outside interests and creating a slippery slope towards cultish authoritarianism. If we’re ever to increase support to a point where we’re capable of transforming or abolishing oppressive capitalist industries, like animal agriculture, we must reject specious calls for “vegan unity” and work to reestablish our roots among the social movements of the Left.

Forget about hierarchical, single-issue organizations led by self-promoting “vegan celebs”. Advocate for animal liberation in the communities you’re already part of—and vice versa. Advocate to your vegan friends about class struggle and other social justice issues and how they’re part of a broader fight for total liberation. That’s how we will grow this movement. A number of member-driven groups are engaged in this work, including the Palestinian Animal League, Earthling Liberation Kollective (ELK), Vegan Feminist Network, Vegan Voices of Color and, of course, Collectively Free. Visit CF’s “Get Active” page for more. And please check out the BDS campaign’s “Get Involved” section to find out how you can help.