By Ana Hurwitz and Sarah K. Woodcock (TAVS – The Advocacy of Veganism Society)

Veganism is a political position advocating justice for other animals. So, on first assumption, one would presume that the Animal Rights Movement—a movement emphasizing justice—would be anti-racist.

Yet this presumption is without merit with regard to the material conditions of white supremacy. Asians are seen as the perpetual other, and this ‘otherness’ slowly blooms into the poison flower of racism. 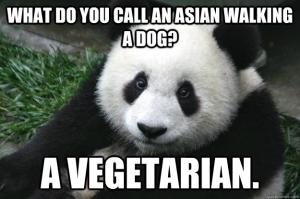 The system of white supremacy uses racism as an ideological justification for its own maintenance and expansion. It’s harmful and it’s unfair. It’s a toxic smog.

Asians, which is a general term for people from an entire continent made up of 48 countries, are seen as evil, cold, heartless, and unable to feel emotion.

While we should feel outrage at systemic oppression, it is not morally permissible when this outrage begins to take the ominous shape of racism.

Anti-Asian oppression has manifested in every form including, but not limited to, deportation. People are separated from their families, stripped of their dignity, or deprived of the opportunity to blossom and to actualize their dreams. 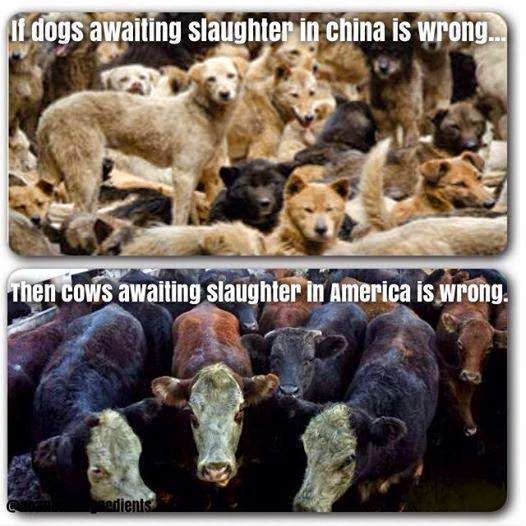 Some would prioritize vegan advocacy, noting that single issue campaigns are speciesist and can be breeding grounds for all forms of oppression.

For example, earlier this year, LCA hailed the American deportation of a Chinese animal abuser as a victory. And the reactions to his deportation were not dissimilar from the spirit of a fascist rally:

“F***ing ch*nk, he shouldn’t even go back to Asia. People continue to torture animals and eat the dogs and cats as a lot of Chinese people do. And nothing will be done about it since it is an everyday occurrence by the thousands in China.”

“Should have been shot and the body sent back to China with the rest of the monsters over there.”

The reason reactions to these animal cruelty investigations are strongly defined along racial and ethnic lines, is because animal abuse serves as a morally acceptable shield behind which white people can unleash their deep racial hatred:

“Here in the UK we have idiots who would have been worried about offending the Chinese guy. Back to China for the sadistic little asshole.”

“Like the rest of the Asian countries who abuse cats and dogs they should be wiped off the face of the Earth. They are subhumans who should not be allowed to share the planet with the rest of us.”

LCA remained silent throughout the thread. Some comments seemed to be more characteristic of a neo nazi forum—placing the blame on Asian immigrants and declaring “it’s time to secure our country from these types of people.”

“You allow these people into the country, they will bring their customs along.”

There was even classic American right-wing paranoia about welfare recipients: “Kick the abuser out. Why should US tax money go to house and feed him?”

The comment recalls the infamous Unit 731 in Japan that claimed a quarter million Chinese lives.

Several comments wished upon Chinese people the same fate as the drowning of Syrian immigrants in the Mediterranean.

As always in these anti-Asian blitzkriegs of white vegan rage, the same old hypocrisy surfaces. The hypocrisy of criticizing Eastern animal exploitation as if it is any less humane than what is done in the West.

The West leads the world in animal consumption. It is speciesism when the lives of dogs and cats are more sacred than chickens, cows, pigs, turkeys, fish. 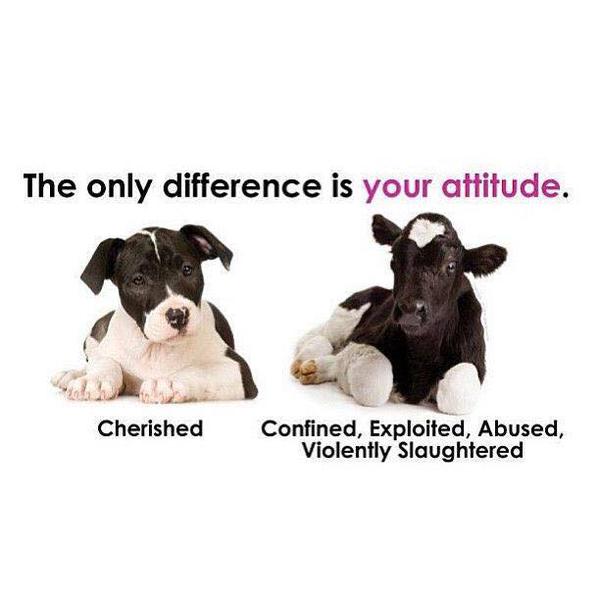 One of the interesting contradictions of the white-dominated Animal Rights Movement is its selective nonviolence. It responds to outrage over social injustices with condescending pleas for pacifism “for the animals.” A silencing tactic.

Yet when a person of color abuses an animal? A carnival of white mob violence breaks out. The same white vegans who were preaching ‘nonviolence’ start to advocate beating, torture, death, rape, or any number of violent acts of retribution.

So it seems white people are not against retributive violence when done by whites, only when done by people of color—during anti-racist uprisings, for example. 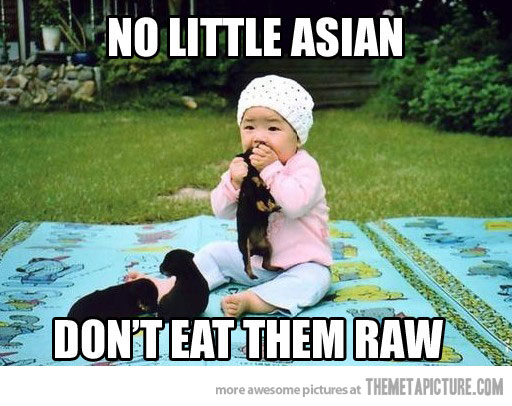 Vegans who express support for anti-racism often lose support from white vegans who are supposedly progressive.

Even if one is unconcerned about racism, one still must recognize that this kind of hate shrinks our movement by alienating vegans of color. Which ultimately hurts the animals.

Ana Hurwitz is a writer / organizer for the international animal rights organization Collectively Free. A former organizer of other animal liberation groups, she also does vegan outreach as a volunteer. She’s been involved in movements for socialism, racial equality, and environmentalism.

Sarah K. Woodcock is the Founder and Executive Director (volunteer) of The Advocacy of Veganism Society (TAVS). She is an adopted Korean-American vegan. She lives in the Minneapolis area of Minnesota in the United States with her husband and adopted nonhuman animals.